Canada versus the UK: How does the franchise landscape differ?

Tempted to emigrate to North America’s largest country, which boasts the world’s most ‘liveable’ cities?

Canada’s franchise industry is the second largest in the world, behind only the US, and generates a hefty $68bn a year.

According to the Canadian Franchise Association (CFA), there are more than 1,300 franchise brands operating across Canada in around 50 sectors, and more than one million Canadians either directly or indirectly employed by the industry.

Like the UK, the franchise industry is well established and brands are spread across a wide variety of sectors including food, hospitality, real-estate, pharmaceuticals, education and day care and in-home care.

The food and hospitality industries make up around 40% of all franchised brand names in the country. However, recent years have seen the health and fitness, as well as senior-care, sectors growing considerably and increased popularity in home-based and mobile franchises.

This is a similar franchise landscape to the UK’s, albeit on a much larger scale and spread more disparately across the country.

There are, however, a few differences in how franchise networks operate that will be of interest to anyone thinking of escaping this crowded island to the more spacious environs of Canada, whose cities consistently top liveability indexes, and investing in a tried-and-tested franchising model.

While there is no statutory regulation of franchising in the UK, it is subject to the general law and franchise contracts must comply with the principles of contract law, such as those stipulated in the Data Protection Act, Unfair Contract Terms Act and Sales Agency Regulations.

The UK is also, for the time being, a member of the EU, meaning that a legally compliant British franchise agreement will incorporate a number of EU principles including those relating to IP (intellectual property) and competition law.

The British Franchise Association (BFA) represents the gold standard in UK franchising and members that adhere to its code of ethics enjoy a reputable status. Membership is voluntary, and while its guidelines can’t be legally enforced, most successful franchise networks will work within them.

Canada’s franchising industry, by contrast, is governed almost entirely by provisional legislation and six of its 10 provinces have their own specific statutes. Thankfully, the legislative landscape is quite similar in most areas, with only subtle differences, and the CFA offers many helpful resources for prospective franchisees.

Franchisors and franchisees also have to comply with the federal Competition Act, which applies to every business across the whole country.

The act is enforced by the Competition Bureau and contraventions are split into two categories: criminal offences and ‘reviewable matters’. The former may include unlawful agreements between competitors, bid-rigging and pyramid selling – which might involve monopolisation, shady distribution practices and price maintenance.

Another consideration for those wishing to enter the Canadian franchise industry is the proposed Joint Employers Act.

Currently, unions and other employee representatives are arguing that franchisors and franchisees should be considered ‘joint employers’ of any of the franchisee’s staff.

Any legal enforcement of ‘joint employer status’ could be problematic in terms of exposing franchisors to claims made by employees under employment and labour laws, collective agreements, wrongful dismissal suits and issues over wages, overtime and human rights.

Prospective franchisors should keep an eye on developments. It seems most likely to go ahead in Ontario (home to the highest percentage of franchises in the country), where the government is already considering making changes to existing legislation to create joint employer status for certain purposes.

In the UK, the franchisor-franchisee relationship remains the same – with the franchisee wholly responsible for staff within their franchised business.

While UK franchises may attempt to extend their networks into Europe, the majority remain native. Canada’s close proximity to the US and its vast franchise industry, along with the benefits of a shared language and culture, means there is a lot of cross-pollination.

In fact, over 60% of Canadian franchises are master licensees of US franchise systems. Also, franchises located in the US benefit from the custom of Canadian tourists who know and trust the brand.

However, while the US and Canadian markets are similar, Canada’s unique regional and demographic issues must be understood by anyone hoping to start up in franchising there.

Firstly, it’s worth knowing that 85% of franchises operating in Canada today are based in its three most populated provinces: Ontario, Quebec and British Columbia. It’s also heartening to know that the fastest-growing demographic of franchise buyer in Canada is women.

Canada is less culturally homogenous from region to region than the UK. Its vastness precipitates major cultural differences between regions and makes it very difficult for one master franchise to colonise the whole country.

For example, Quebec’s official language is French and, along with its distinct legal system and market characteristics, makes is far harder for its franchise networks to extend to other provinces.

Prospective franchisors also need to be aware that Canadian trademark rights are regional (only the geographical area where the owner is located is protected), so the trademark must be registered with federal government if national protection is required.

Thinking of relocating to Canada? Browse our franchises for sale in the country 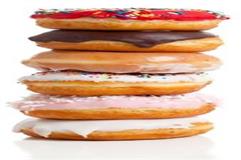 Taking a bite out of Dunkin' Donuts
From Legal Feeds: After a nine-year legal battle, the Superior Court of Québec’s Justice Daniel H. 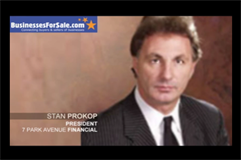 Financing Franchises Q&A with Stan Prokop
From the Entrepreneur Blog: Stan Prokop is the founder of 7 Park Avenue Financial. 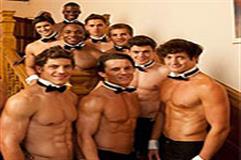 Butlers In The Buff: A Canadian and Global Success Story
From Franchiseseek.com.