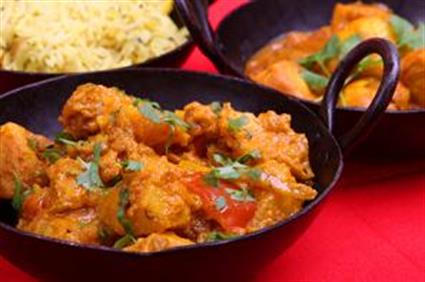 These are the words that inspire Jason Symington, the newly appointed Executive Chef and Certified Chef de Cuisine at Rasoee, Indian kitchen. The Rasoee Group are committed to maintaining their brand’s standards of quality and simplicity, as well as aiming to provide an experience like no other. Chef Symington is excited about the opportunity to develop our company’s emerging concept, of traditional Indian cuisine prepared mainstream and contemporary. “Indian food specifically and Asian food, in general, have always been based on a tradition of fresh ingredients and anchored in the culture of the people. I feel very strongly that Rasoee is a fantastic opportunity to introduce the people of Vancouver to this great food tradition in a way that is approachable and exciting. I’ve always believed in quality ingredients, prepared in simple and straight forward ways and this cuisine is a natural fit for me.”

Rasoee (RAH_SOH_EE) is the Hindi word for “kitchen”. In the northern Indian region, where the Hindi word originated, was the place where the inspiration for the company’s concept began. Rasoee’s main goal has consistently been to create a scalable, quick-casual contemporary Indian restaurant chain, which would provide and serve gourmet cuisine within minutes, and at affordable prices. Rasoee prepares all of its curries using cholesterol-free canola oil, and have always been Trans Fats Free. Rasoee’s traditional recipes incorporate the minimal amount of preservatives possible and are made using the highest quality ingredients. Chef Symington is very focused on continuing to create new healthy cuisine within Rasoee’s ‘quick-casual’ business model. The Rasoee Family is particularly excited about the expertise, creativity and innovation that Chef Symington will bring to the company’s concept.

Jason started his career at the early age of 15, with his first culinary experience being in a small pizzeria in North Bay, Ontario. Ever since, Chef Symington has worked across Canada, building his career within well-known groups such as; Earl’s, The Radisson, Joey’s Group and Panago Pizza. During his time within Panago, he implemented the Healthy Pizza Program within BC Schools, as well as completing his Certified Chef de Cuisine designation, which is the highest professional designation currently achievable for a Chef in Canada. In addition, he was part of a Canadian delegation, which was invited to the James Beard House in New York City to prepare an all-Canadian BBQ extravaganza!

Chef Symington will be completing his term as Second Vice President of the BC Chef’s Association at the end of June 2010, at which time he will then become the Chairperson for the Certified Chef de Cuisine Program in British Columbia. When Chef Symington is not hard at work at Rasoee’s, he enjoys spending time with his wife and two children in the Lower Mainland.

The Restaurant Franchise market is one of the most developed sectors and continues to expand globally. There are many more new franchise opportunities available on the FranchiseSales.com. The site also includes a big selection of franchising articles, advice and other content to help with selecting and buying the right franchise for you.