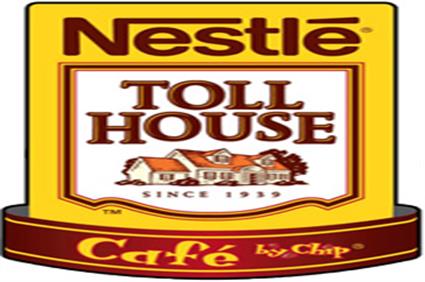 The first Nestle Toll House Cafe Franchise by Chip, which is a premiere dessert cafe and bakery, has announced that a franchise agreement has been awarded to K.C. Kun to develop the first cafe in Canada.

“Now preparing to build a presence in Canada, Nestle Toll House Cafe by Chip is pleased to award this agreement to Mr. Kun who brings a decade of experience in retail management, restaurant operations, and a dedication to offering consumers the highest quality product making him a perfect development partner for us,” explains Julieann Chism, the Director of Franchise Development of Crest Foods Inc d/b/a Nestle Toll House Cafe by Chip. “Nestle Toll House Cafes has a unique business model which continues to attract developers on an International level. The concept has proven its appeal, with a broad customer base and successful sites that range for the smallest towns to major metropolitan areas.”

The Nestle Toll house Cafe by Chip has been developed into a high quality and branded restaurant concept, which is now being repeated into International markets by granting ambitious Master Licensees. In January 2010, the company had established its first franchised cafe outside of the United States in Beirut, Lebanon. Customers will soon be able to enjoy the rapidly growing dessert concept within the countries of Canada and Qatar along with a second cafe location in Lebanon.

“To keep the brand fresh and competitive, Nestle Toll House Cafe by Chip offers Master Licensees a variety of cafe models, including street cafe, inline shopping center locations and kiosk retail environments,” adds Chism. The first Canadian cafe location will be opening around late 2010 and will situated in Vancouver, Canada. All of the provinces within Canada are now currently available for Exclusive Master Development.

The Nestle Toll House Cafe by chip is looking to expand its international presence by offering franchise opportunities to Master Licensees and Area Developers with the right combination of high standards, dedication to quality and service, operational expertise and the financial resources necessary to fulfil development obligations. Potential franchisees who are interested should contact Julianne Chism, to discuss expansion plans and the possible franchise opportunities that are available in the many Canadian provinces.

The cafe franchise market is booming and is continuing to expand globally with new franchisees. There are many other existing food franchise opportunities available to view, including various other types of franchises available on FranchiseSales.com. The website also has a selection of franchising advice articles and content to assist you with selecting and buying the right franchise for you.